August 5th, 2020 - United States Citizenship and Immigration Services (USCIS) has implemented fee increases and other changes effective October 2, 2020. These increases have gone through despite AFM’s vast lobbying in opposition to these amendments, the potential of which was announced by USCIS in December 2019.

The new fee for a P2 (and all categories of P Visa) will be $695 USD, and $705 USD for O Visas. At this time the recommended processing time is still 60 calendar days.

The Premium Processing fee of $1440 remains unchanged, but the processing time has increased from 15 calendar days to 15 business days.

In addition to the fee increase, there is now a 25 person cap per petition. Therefore, large touring ensembles and orchestras comprised of more than 25 performers will be required to file more than one petition, along with the appropriate per petition fee.

USCIS did issue responses to the various lobbying efforts in opposition to the above changes. In summation, USCIS has stated that while they do not wish to unduly place financial and other constraints on performing arts workers, they cannot provide preferential treatment to one sector, which would place additional burdens upon other sectors as a result.  With respect to the O Visa now carrying a higher fee than the P Visas, and capping the number of musicians, the USCIS response is O Visas and large entourages, respectively, require more time and resources to process.

In spite of these recent changes, the AFM maintains its commitment to continued lobbying efforts to implement improvements benefiting musicians and all arts & culture workers. 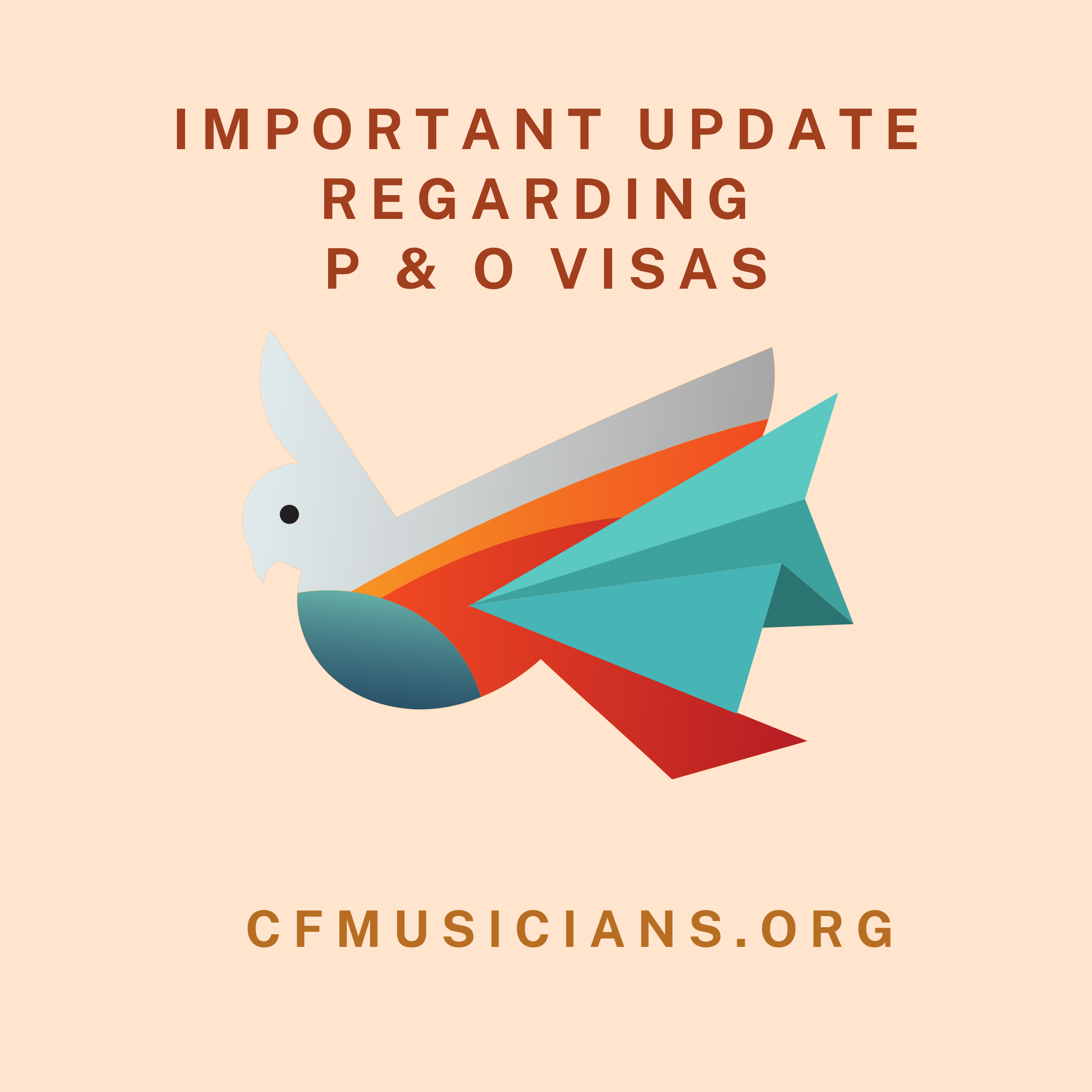